The Purpose and Background 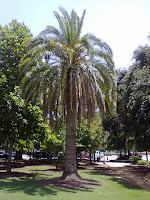 The drastic and literal overnight downturn of my health is the main reason I am telling this story.  Yes, I drank to excess, a lot of people do.  However, I was not always physically dependent.  There is no way I could have seen sudden death lurking.  October 16,2011.

For 20 years, I never drank so much that I was ever hospitalized for any type of alcohol poisoning.  As a matter of fact, I rarely, if ever, vomited due to overindulging.  I was not falling on my ass.  I want to make sure that this point comes through.  I was the epitome of an "functioning alcoholic".
The surprise attack of internal bleeding can happen to anyone.  I was constantly on my feet, and active.  I could pretty well do whatever I tried to physically, and scarcely ever inherited The Flu.  On top of it all, living up to the male stereotype, I never saw a doctor unless something was very wrong.  I would just suffer through it.  Just like I thought I would on that last night at work.

I must reiterate that I am writing all of this as I go along.  I do not have an outline or any kind of plan.  Therefore, I can't say that everything I remember in the hospital is necessarily sequential, but I can say that my descriptions of my experiences are based in truth.  Related especially to my hallucinations, these are not exaggerations.

For those who came to visit me in the hospital, you did not go unnoticed.  The support provided by so many had a great deal to do with my pulling through.  Yet, I can not stress enough that I was not only fighting for my life, but I was going concurrently going through a serious detox.  Therein lies the style of which I am writing.

I began providing health updates when I first started coming to, in December.  On the other hand, it came to a point that I couldn't remember who I had caught up with.  I had resorted to asking, "Have we talked since October?"  If that person hesitated, I knew the answer was no.

The more I spoke of these events, the more time it took.  Usually, there were very similar questions and answers.  I told the brief 45 minute version to so many that it became automatic, so I figured I should go ahead, and write it down.

After only two weeks of handwriting the story, I decided to type it out.  I never expected the kind of positive reaction that I am getting.  What started out as a broad and general account of what went on has turned into a slowed down, and more detailed approach.  This has turned into a nearly hour by hour account.

In the time since I began writing this, my health has improved unexpectedly, and remarkably.  I was at The Medical University of South Carolina Hospital, in Charleston, South Carolina until mid-November.  The hospital sent me to my mother's place in Beaufort, South Carolina and said to "make me comfortable".  Basically, admitting they believed I wouldn't make it to Christmas.

Within a few days, I returned to the emergency room.  This time, it was Beaufort Memorial Hospital.  After spending about five days in BMH, I was sent to my new home, again.  This time, they said I would be lucky if I made it to April.  During December, and January, I began to improve.  I was not much better, but I was well enough to attempt some AA meetings.

Then, January 30, 2012, I became ill, once more.  That was another trip to the ER, and another week in the hospital.  I became well enough to go home again, but still had nagging problems.  Shaking, confusion, clumsiness, and a laundry list of digestive issues.  Still, my long term health was very questionable.

However, these days, I get around just fine, and if you met me in person, you wouldn't see anything wrong.  I have no digestive problems, and my brain is back with a vengeance.  I am still underweight, and not as strong as I was before, but I am alive, and for now, I do not need a transplant.  It would be a greater risk for me to try a donated liver, than to stick with the one I have.

I began putting my stories on The Internet on April 10, 2012.  Meanwhile, there has been some confusion, and some readers are under the impression that I am writing about the present.  As my friend would say, "This is a back-door complement".  To me, the reaction shows that my stories have the intended effect of putting the reader in my place.

These stories are written in the present tense for that effect, but they are written the day they are posted.  All of them are first draft.  I have written a lot of things in my life, but never anything for the public, or any real purpose.

When I started writing this story, my last stay in the hospital was only 7 weeks prior.  I believe it shows in the evolution of my writing, from the first story "The Lowdown", through the present.  I have not only learned a lot about writing during this time, but I have also regained much of my mind that was not up to speed.

During my time in the hospital, I couldn't write my own name, much less write the way I do.  I couldn't do anything for myself back then, as a matter of fact.

I'm glad you are reading, and I appreciate all of the support.  If getting all of this out helps only one person, then I will be more than pleased.  Until then, its all therapy for me.

You can contact me through Facebook, e-mail, or by just commenting on the blog itself.  If we do not personally know each other, but would like to friend me on Facebook just let me know you are reading the blog.  The main advantage is that I share my posts on FB as soon as I finish them.

I am an open book, and longer e-mails are always welcome.  I already have lengthy exchanges with some of my Co-Birders, and friends, as well.  Speak your mind, or just have a chat.  All are welcome.