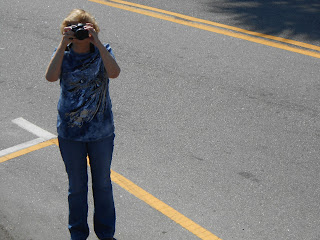 My sleeping arrangements were next on my list of tasks.  Mom had a spare room to set up her first son.  Me.  The young man who moved away to college at 18 years old had enormous opportunity, and a multitude of skills to be successful in life.  I had returned to her 20 years later crippled by alcohol.  A social habit that gradually morphed into a hellish physical dependence.

My bed was a single sized mattress and box spring that was barely longer than six feet.  The cot was nearly identical to the length of my body, and since there was no bed frame, the stack of bedding came up to my shin.  While my mother painstakingly guided me, I squatted with my fingers stretched downward like antennae searching for some solid ground.  Vibrations were gripping my entire muscular system by the time I finally reached the sheets.

I  allowed the entirety of my dead weight on the heels of my hands when the mattress suddenly launched across the box spring, and out from underneath me.  I sat on the canvas covered wooden slats, caught off guard by the bedding ambush.  I leered over my shoulder, and huffed at the pallet deposited on floor behind me.  My relationship with the bed was established on a sour note.

Instead of starting from the top, I stayed put while mom wrangled the mattress.  While she pushed the cushion, I leaned back, dug my shoulders into the bed, and put my feet to work arching my belly toward the spackled ceiling.  I was struggling as if I was supporting the weight of the world, and could feel my face turning red with oxygen deprived blood.

I felt demoralized by an inanimate object, once again.  My chest was heaving, and gasping for oxygen to feed  my needy, racing heart.  I stared at the motionless ceiling fan, and closed my eyes.  The incandescent light casted through my eyelids creating a flesh colored glow.  My mind immediately turned inward, attempting to make sense of my new reality.

I was still unsure about truth or fiction when I tried to remember the last moments of my life before the coma.    My dreams, hallucinations, and chronological confusion were a sticky mess of jumbled memories.  I vividly remembered walking to the bar, and telling them that I would have to miss work to have some medical tests done.  However, I also knew that I called out of work from home.  I was alone, and I puked blood...