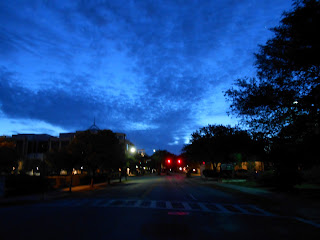 It was November 17, 2011, and after four excruciating weeks at MUSC Hospital in Charleston, I was on my mother's couch in Beaufort, South Carolina.  At 38 years old, my heavy drinking, and constant partying, had come to a screeching halt.  I was not ready for last call, but my liver was fatty, and scarred from the vodka, and my irresponsible days were over. I recognized I needed patience, perseverance, and tremendous care if I was to hope for any improvement in health.

I laid on the sofa, soaking in the familiar room in my reluctantly, handicapped state.  When I attempted to focus on the large, flat screen television in the opposite corner of the living room, my eyes bounced as if I had been dancing in circles.  The dizziness only added to my mouth watering nausea, and I was unable to manage a comfort zone.  The excess fluid in my abdomen was wreaking havoc on my insides, and did not allow pain-free movement.  On the contrary, my gut felt like a medicine ball, rolled in shards of glass.

The hospital sent me home with a deluge of medications to keep up with.  Of course, I needed help, but to not sway from the norm, I was stubborn as hell about it.  I could do it myself, I insisted.  I was to manage varying dosages of eleven different medications, and supplements.  My encephalopathy was already increasing, so my thought patterns were completely out of whack, and I could barely focus on the small print on all of the bottles.

First, there was the all-important Lactulose, to combat my nervous system troubles.  The liquid medicine tasted like the bottom of a spoiled orange juice container.  Minus the pulp.  It absorbed some of the extra ammonia in my blood stream that was not filtered by my injured liver.  Basically, it was a poop accelerator, and I would have little warning.  With my digestive system in need of a good plumber, I had to concentrate on any gas that needed to escape.  If I were to gamble too heavily on a fart, my enormous sweatpants would almost always lose.

There was also Spirnolactone, and Nadolol to lower my blood pressure, and heart rate, respectively.  Blood flow passing through my liver was still severely restricted, and the threat of another messy, vein rupture was conceivable.  That was the immediate threat to my life in the first place, and on the grounds that I wouldn't sense any internal bleeding, it was a constant fear.  I was not out of the woods, and even if I didn't want to believe it, there was uncertainty of the unwanted, and early visit from the Grim Reaper.

My hodgepodge of replenishing nutrients included noshes of Thiamine, B-Complex, Folic Acid, and Prenatal Vitamins.  In hindsight, well before my body convincingly told me that it was unhappy, I had no idea I was malnourished.  I never faced up to it, but I rarely ate more than once a day.  My previous routine involved grabbing a quick bite before work, with a couple of warm up cocktails.

I worked six nights per week, and that kept me busy enough to push hunger aside.
Typically,  my work was done around 4 o'clock in the morning, and if one of my coworkers didn't make a run for late night chili dogs, I passed out on an empty stomach.  Sleep came easily with physical exhaustion, and a head full of vodka.  Added to that, the daily vodka attack I purposely induced on my liver, provided enough malfunction to hamper absorption of the few sporadic morsels I did ingest.

Ever since, I slipped out of consciousness, on October the seventeenth, my appetite was nearly imperceptible.  Of course, I had nothing to eat while I was in the coma, and during the previous twenty four hours, my digestion was in full reverse.  During that time, I literally began to question whether I was vomiting from my bowels.  My entire torso was squeezing, and it sounded as if my retching was emitting from beyond my stomach.

I was especially confused when my sick had a dark brown, and grainy coffee grain texture.  I had never seen anything like it, but the thought that I was expelling blood never occurred to me.  I had been ill for nearly 24 hours before any red ever came.  By the time I became aware of the bleeding, however, it was too late, and I was unable to reach 911 before I slipped out of consciousness.

A high daily dosage of Nexium was added to my amalgamation of meds to help reduce the pain of my stomach's natural hydrochloric acid.  The acid is highly corrosive to any other human tissue.  So, I had to put a damper on that if I were to expect to eat anything.  Also, in a weak attempt to lighten my growing water balloon thriving in my abdomen, MUSC prescribed Lasix as a diuretic.  The Lasix was of little use because my body was simply retaining too much fluid for the diuretic to be of any consequence.

Finally, the last medicines prescribed to me were a bit of a surprise.  I was allowed to leave the hospital with Attivan, and Oxycodone.  Me.  An addict, with two narcotics on hand, had never sounded like a worse idea.  Well, I was in tremendous pain, and my entire being was constantly trembling, so I had to force myself to take them.  Wink.

Actually, I had my mother hold onto the dopey meds.  I already knew that I needed someone to hold me accountable.  That turned out to be the first wise decision I had made in a long time.

I was already beginning to rewire my head, and fight off the monster.  The villain in my brain that constantly craved immediate pleasure.