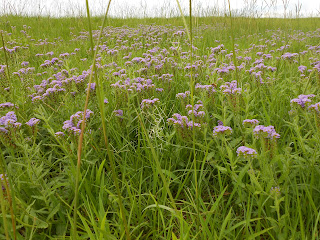 “Happy,” I muttered, trying to pin the word down. But it is one of those words like Love, that I never quite understood. Most people who deal in words don’t have much faith in them and I am no exception—especially the big ones like Happy and Love and Honest and Strong. They are too elusive and far too relative when you compare them to sharp, mean little words like Punk and Cheap and Phony. I feel at home with these, because they’re scrawny and easy to pin, but the big ones are tough, and it takes either a priest or a fool to use them with any confidence.

My friendly nurse who loaned me the Thompson novel is still listening.  At least, she seems to be.  I continue to speak incessantly, answering her short questions with long winded descriptions of my pathways that led me to this moment.  I apologize repeatedly telling her, "I'm sorry, I'm talking your ear off", simultaneously branching to the next tangent of an already in-congruent flow of thought.

I am delusional because I have not seen my reflection, yet, and I have no intention of catching a glimpse of myself anytime soon.  I transition into how I had three solid relationships with three different women.  All of them, five years each, and proof that I can be stable enough to tolerate.  This is a far-fetched argument for any semblance of emotional investment that lasts with me.  It is apparent that vodka was sure to take care of any doubts that I may have had about being single.  Faced with the choice of marriage, or moving on alone, I chose the latter without exception.

I respond to her questions referring to any family history of alcoholism, or what effect I thought it had on me.  My grandfather, on Dad's side died when he was 58 years old, and I had no clue how serious the word dialysis was, but there was a machine next to his bed. I was 5 years old.  He always rested on his bed in the living room, and sometimes with me on the couch.  His breath smelled just like my fathers.

I recount sitting in the back of our car, after seeing Grandpa sleeping amongst flowers, and tears.  I was between my father and uncle because they never let anyone see them smoke.  They had miniature clear bottles, with golden corn colored beer.  The foamy bubbles stuck to the bottle's neck, that had a red X that referred to what time it was.  It didn't taste good to me.

I fast forward to my father's sudden death brought upon him in a single car accident, although I am still not convinced that he was not forced into the culvert by his maladjusted wife, or one of her family members.  I admit I made a fateful calculation during my father's funeral that could lead to my demise.

Grandpa died when Dad was 29 years old, and I was 30 years old when my father was ripped away from us.  I wondered if my grandfather's early death led to my father's failed battle with alcoholic, and emotional dependence.  I missed his last attempt to call me early in the afternoon.  I was already in the bar, and I didn't hear my phone.  I called him back, and left a message, returning to the full day off, and time for all day drinking that bled into the early morning.

I was still loaded heavily with red wine, when my girlfriend woke me with monumental tears.  She could barely speak through the sobs to tell startles me, "Donnie!  You're father is gone!"  In an instant, I am tuned in, to a reality that could not be.  By the end of the day, I am at a long time friends house, and his family is doing their best to comfort a man who continuously falls to his knees.

I never sobered up from the night before, and I was firing anything I could into my bloodstream.
I remind the nurse that I was not always like this, that I really did have a solid childhood.
I don't have a single complaint about growing up.
My parents always pushed my brother, and I towards success.

We are jostled out of my narration by her phone.

"I need to go help someone, and grab your medicine", she says.
"I want to hear more of this when I get back, though."
"No, you don't.  You are just humoring me, but thank you", I tell her.
She assures me she wants to hear more, and stops in the doorway.  She snaps a full 180 degrees, like a Drill Sergeant, and aims her finger right index finger at me.

She is tapping her right toes rapidly when her pointer demands,
"Don't.  Fall. Asleep.  Don't even think about it."

She just made me realize how sleepy I am.  The Attivan, and Oxycodone are having their way with me, again.