The Right To Remain Silent 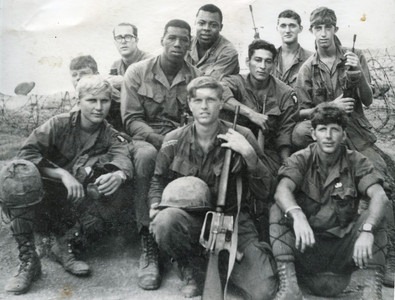 When I was about thirteen years old, my family went to Washington DC. I was very excited at seeing the north of the U.S. At least, that is where I thought we were headed at the time. Back then, my exploration of our country included the eastern edges of South Carolina, Georgia, and Florida, and the western mountains of North Carolina.

I had only experienced flat land, and it was my belief that Columbia, South Carolina was in the mountains. I couldn't wait to see all of the sites. The Washington Monument, and The Lincoln Memorial were all of the sites I had in mind.

I was pleasantly surprised that there was so much more to see. I collected my personal copy of The Declaration of Independence, and even saw where The President lived. The guy that liked the jelly beans. My parents said he was an actor. We had a great time until we approached a different memorial.

Its wasn't a big, white building with statues like the rest. It was just a black, shiny wall with a bunch of names on it. It was names of men who were all brothers, somehow. My brother and I were having a great time running up and down the sidewalk along the wall.

Suddenly, we had to stop. "Be still", my mother said. My brother and I didn't understand, and we were ready to move on. I hadn't noticed how quiet my parents were until Dad snapped at my brother Tim and I. "Stop it, right now!"

Soon after, we hurried back to our car. It kind of looked like Dad was crying, and he really wanted some quiet from the back seat.

I didn't think much of my father's momentary anger with us. Fact is, I never really thought of it again until I became much older. I had heard the word Vietnam, but I didn't have a clue what it was when I was a boy. My father only spoke of it on a few occasions.

He had mentioned how he was in a river when he was a boy, and people were shooting at him. My father said he was afraid, and he was hiding behind a rock. He felt something on his side, and there was blood on his palm. It turned out that he wasn't shot, but when he ran out of the river, he was covered with leaches.

Donnie Wayne Todd, Sr. went to Vietnam when he was 19 years old. I still have his dress uniform, and it is much too small for me. I am a thin man, but he was five feet, nine inches tall. He had a ninth grade education when he was drafted.

Many years after that day at The Vietnam Memorial, my father told me why he was upset that afternoon. He felt that his name should have been in the spot where his companion's was inscribed.
On that fateful day in 1971, a man took my father's place to scope out the trail in front of them. That man was ambushed, and killed. Dad blamed himself for that. He shot the woman who killed his partner. She was hiding behind her child.

After 13 rainy months, in a jungle half way around the world, Senior was told he was going home. He snapped off his dog tags, threw them in a river, and locked the rest inside his mind. He told me of benefits that he was entitled to receive, but he never accepted them.
He said, he didn't want anything for free.
He was just happy his sons didn't have to go to war.
He understood the scars of war.