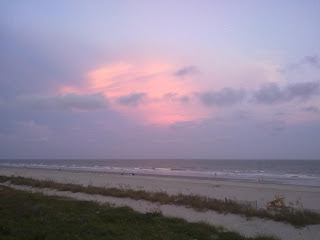 Life is starting to resemble the movie Groundhog Day.  Every couple of hours, someone in my medical posse is asking me what my name is.  When is your birthday?  What is the date?  I really don't know, and for whatever reason, I've been saying November third is the current date.

I've been saying that from the get go, and without fail I'm told that its still October.  I just know that I'm right, and I think the nurses are messing with me.  I know we just had the Harvest Moon, and that is the last Full moon in October.  The closest we've come to agreement is, 'What are you talking about, sir, and what is harvest moon?'

Surely, they remember Halloween was last week, so it must be November.  In view of my acceptance that I've guessed the wrong year a few times (I've guessed 2010, and 2012), I shouldn't be surprised that I am wrong.  There are no windows in this place, and I can't tell whether it is A.M. or P.M.  I'm awakened every two hours to have my vitals checked,  and I  don't even know if a whole day has gone by.  I'm so spent that I sometimes sleep through the nurse drawing blood.  My mind is slipping further and further down the rabbit hole, and I have no say in the matter.


Now is when I'm meeting the detox head-on. The sudden removal of alcohol from an addicts bloodstream is sometimes likened to the withdrawal effects of heroin,  although it is less painful.  The two can lead to physical dependence, and painful withdrawals such as changes in sleep patterns, nausea, vomiting, aching muscles and bone, convulsions, and heart failure. The obvious difference is that alcohol is socially accepted, and often encouraged. Its lucky that I am already hospitalized while going through this because it is extremely dangerous to try this detox on your own.

I'm starting to have the most realistic hallucinations that I've ever experienced.  I have dropped acid (LSD), eaten mushrooms, and rolled on X(or E). Yet, none of the hallucinations I experienced with these hold a candle to the experience I'm having now.  Not only are there people around, its unquestionable that I am the only one who sees them.  I really can't decide on a face, but somehow I find them all unattractive.

There is some rationality left in my brain telling me that they are not real, but it makes no difference.  I can see and feel them, and I've really had enough of them being in my room.  There are several moments that I've had confrontations with these uninvited guests.  I am never afraid. I am just down-right annoyed and put out by there presence.  Sometimes I yell at them, and I have been busted during some of my tirades. These people, and these strangers both have their eyes on me.

A few of these episodes really stand out in my mind.  Most, but not all these occur when I am alone.  For instance, during one of my trips,  Lance, and Mandy  come to see me, and two guys are already here.  They haven't said a word. and they keep their backs to me.  I am being ignored.  Even when Mandy and Lance are here, I feel like one of these dicks won't make room for them on the couch.  I don't remember if I've mentioned this to the friends that came to see me, though.

When visiting hours are over, these two punks in their goth outfits act like they didn't hear its time to go.
They are both wearing black trench coats, and long, straight, jet black hair.  It looks like they brought a wooden cross the size of the desk in the corner. They are leaning their heads on it as if  they are praying.  When, I look at them long enough they both turn into a whirlwind of black sand.  One is vacuumed up into the middle of the cross, and one starts to get sucked into the wall.  If I turn my head away from them, even for just a moment, they are there again.

I'm starting to get upset with them because the nurse has told me time after time that I am not allowed to have my friends visit after-hours.  I ask them repeatedly to 'please leave'.  'The two of you don't know anyone here, and I'm I would like to be alone.  This is my room.'

I begin to yell at them as if I'm clearing out the bar at the end of a busy night.  At the top of my lungs I scream,
"PLEASE LEAVE, NOW!  GET OUT! HEY, YOU TWO! GET OUT!  PLEASE, DAMN IT!"
My nurse comes in, and starts to tinker with one of the machines in my room.  Without even looking in my direction, she casually asks me who I'm talking to.

"Those two right there," I shout.
"There's no one there Mr. Todd.'"
As I adamantly point to my left I say, "Those guys right there.  You don't see them?  You say, there is no one there?"
"That's right, Mr. Todd?"
She's gotta be fucking with me, again.  "It looks like you're going to have to get another brain scan tomorrow", she says.

Urgh.  Why me?  Stop messing with me.  Its November third, and there are people in here.
I fib the next day when the nurses ask me if I'm still seeing monsters. 'No', I reply. (They're people.)