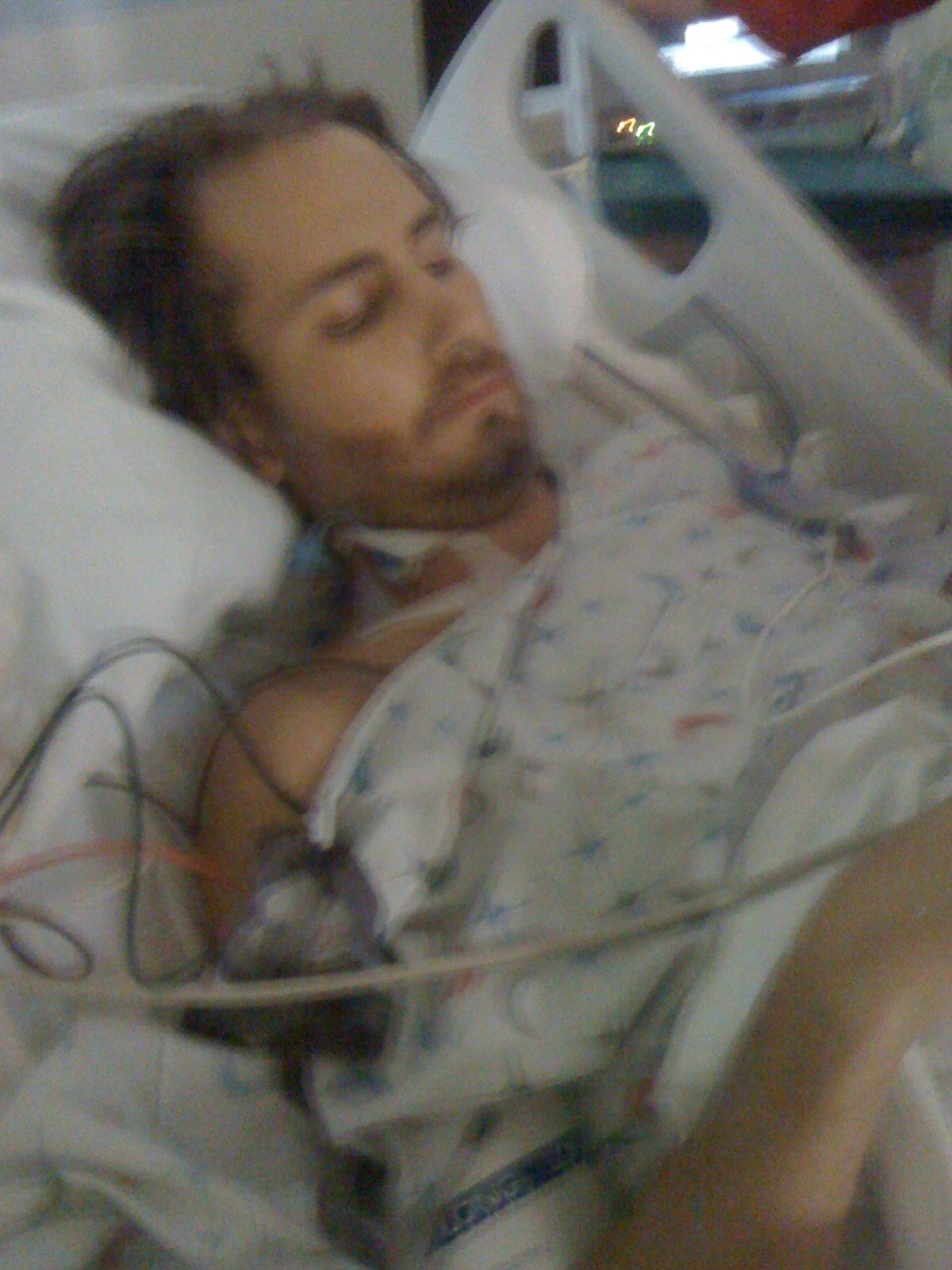 October 17, 2011 was nearly the end for me.  I was in the shadow of death, while my body was doing everything it could to keep me alive.
It is common for "death" to be overused, or in a light hearted context. It is part of our language.  'This dessert is so good, I could just die.' ' She/he is  drop-dead gorgeous.'  'I'm dying to know.  Yet, even though it was happening before my own eyes, I couldn't stop the inevitable.  I had become powerless against alcohol, and simultaneously physically dependent.  Continuing my drinking habit would surely kill me, however, in cases like mine, quitting may cause an end to life, as well.  With or without alcohol, the future looked bleak.

On the sixteenth I was going about my daily rituals to get ready for a long night at the bar, or in my case, work.  I only slept for a few hours, and woke up to my usual shaking, and nausea.  This was nothing to take note of since my hands would begin to tremble after only a few dry hours.

Frequently, I made myself sick to release some pressure from my gut, and I would feel well enough to literally, sweat things out.  However I would never begin to feel 'normal' until I had a couple of strong cocktails, but on that afternoon I couldn't keep those medicinal vodka cranberries down.  I was throwing up.  A lot.  My mind was blinded by my addiction when I assumed that I would definitely feel better once I had some more drinks when I got to work.

After work, I had a lot of trouble getting any sleep, and my illness was becoming more severe.  My sick looked like coffee grains, and I knew this was not right.  I had never seen anything like it before, and I was beginning to wonder if I was actually puking out of my bowels.  There was no way I could work in this condition, so I called in.

A short time after, I was in the restroom with my head in my hands, wondering which end the next digestive event would come from.  There was little time for me to react, when my belly contracted, and the gag reflex kicked in.  I attempted to stand up, and yell into the toilet, but instead, a spray of blood spattered on the adjacent, white, bathroom wall.   The coffee grain substance, was old blood.  I had to call 911.

I never made it to the phone.  The last thing I remember, is the back of my bedroom door.  Everything after that moment has been more than an exercise in survival.  I fell into a coma, and remained on my floor for approximately 48 hours.  I was bleeding from my esophagus, meanwhile, my liver, and kidneys were shutting down

My roommate, and I worked at the same bar.  He worked the day shift, and I worked at night.  His shifts usually ran from 9 a.m., to around 8 p.m.  My shifts ranged from 8 p.m. until around 4 a.m.  It was typical for one of us to be getting ready for work, while the other was settling down from a shift.  This usually came with an audible breath of relief from the one who was just getting home.
As my roommate, Kevin was leaving the house that Thursday, October 18, something made him stop to check on me.  He knocked on my bedroom door, and there was no response.  When he called out to me, and tried to survey the scene, my door was locked.  I never locked my bedroom door, and why I did this time is beyond me.

He went around through my bathroom and found me.  I can't imagine the fear that rushed through him when he found me.  He described my state as pale, cold, and unresponsive.  I am very grateful that Kevin found me, but I imagine that is not a sight that is ever forgotten.  Kevin called 911. When the EMT's arrived, they had to physically manipulate my limbs, to tie me onto the backboard.
There is so much to this story, and I am going to tell as much of the story as I can remember.  Along the way, some events may come to mind, and I reach into my mashed up memory of my extensive stay in the hospital.

This happened to me at 38 years old.  Alcoholic cirrhosis is a disease that is expected to be an affliction later in life, and not at an age that one rarely considers death.  This can happen to anyone.  Please, pay attention to what I have to say.