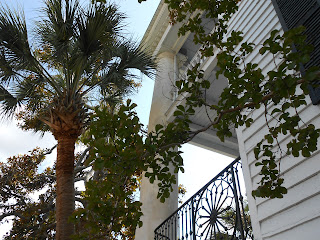 The concept of organized religion has always been lost on me.  My argument, if I chose to discuss it, has always depended on logical thinking, and disbelief in ghost stories and fairy tales.  My way of thinking, typically involved encyclopedic accounts of violence, persecution, and cruelty.

I've always been quick to site examples such as The Crusades, The Spanish Inquisition, The Salem Witch Trials, and The Persian War to explain how this savagery has been prevalent throughout history.  In addition, the patterns of bigotry and hatred that remain in our lifetime. The ugliness of The Holocaust during World War II, and our more politically correct descriptions of ethnic cleansing in Yugoslavia, Kosovo, Bosnia, and more recently The Sudan.  To top it off, the actions of 19 Jihadists, with support from Osama Bin Laden that led to the devastation on an otherwise lovely Tuesday morning;  September 11,.2001 only hardened my opinions of the negative impact of religion.

However, it should be no surprise that a sudden proximity to death can make one step back a bit.  It is true that I have received more medical attention in the last 10 days than the past 10 years.  Nevertheless, a spiritual inventory, open-mindedness, and willingness to explore the positive aspects of religion is due.  I feel like I'm missing something.

When I was a teenager, atheism made the most sense.  In my defense, with no implications of a poor upbringing, I never went to church.  I didn't understand the point, and I wanted no part in it.
Later on, atheism seemed to defy logic.  It seems rather egocentric to think that there is nothing grander than I.  The idea that I am "top of the food-chain" is rather obtuse.  All the same, I began to think that there is good in religion.  Anything that promotes, love, compassion, and forgiveness can't be all bad.
Now this.

This is more than just a wake-up call.  This is a second chance.  A countless number of things had to happen for me to have a chance against the slew of body blows I had inflicted upon myself in the name of fun..
For starters, Kevin found me.  In the grand scheme of things, this was paramount and imperative to any chance of survival.  I was already on that floor for two days.  If Kevin doesn't find me, then this is a different story.

First of all, a child is not supposed to pass on, and leave their parents behind.  There is an expectation that children(no matter how old) will  outlive their parents.  The thought of my mother having to take the reins of her first son's funeral is nothing but awful, if not nightmarish, and unfair.  I love her too much to be the cause of so much grief.  She doesn't deserve that.

My younger brother, Tim would have been in shambles.  I know this because I would be terrifically rattled if I lost Tim.  Our father already suffered an early death in a single car accident involving alcohol.  Losing a father and a brother to alcohol would be absolutely devastating

Less importantly, I wouldn't be writing these words  and you wouldn't be reading them.  Yet, I did not die, and I am here confused and befuddled.  My chance of surviving those first four days were minimal, at best.  Where is my logic, now?  I was at the lowest of lows with nothing to offer.
I can say beyond any doubt that my perceptions and antagonistic views of religion have changed completely.
So, who(or what) is God?