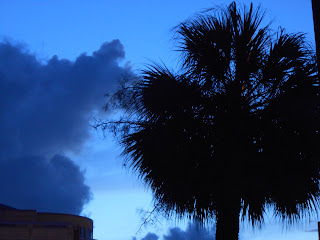 You've probably guessed by now, there is a lot of stuff coming up that I do not remember.  I'm having to go by what people tell me, and piece things together to try to make sense of it all.  All the while, I'm going back and researching all of the medical files they have given me.  As with most doctor speak, things really need to be explained in terms we understand.

At first, I couldn't even tell them what year it was.  Only a year off.
As far as I can tell, I was seriously unresponsive.  Luckily, our home was right off of Folly Road, so it wasn't too far to get to MUSC.  Initially, the EMT's thought I had used some kind of inhalant.  Earlier that week, I had been working on The Creeper.  Most of you have seen it, the creepy white cargo van with no windows on one side.  Oh yeah, and no seats in the back.  Anyhow, I used a high powered spray oil to try to fix it.  I sat the can on my bedroom floor, and never put it away. I guess I kicked it because it was lying next to me when they found me.  I wasn't using inhalants.  So, what's happened to this guy?

As they checked my vitals on the way, it was looking pretty desperate.  My blood pressure and my pulse were way down, and there was blood.  My skin color was a scary gray, and on top of it all, they didn't know how long I had been out.  No one did.

It turns out my sudden loss of consciousness was not as sudden as it appeared.  There were already symptoms that I had noticed, but they all mimic heavy drinking.  It was actually about nine months before this that I started noticing pins and needles in my feet.  By January, I was more clumsy, forgetful, and more easily confused.  Occasional anxiety was hitting me as well.  It was enough to notice for sure.  One of the boys at work, Ross, even got on my case for not going to the doctor when I mentioned something was wrong.  He said, 'Just go.  I don't care how. Just go.  Shit, call me, and I will take you. Just go get checked out.'

I finally went to the ER and never even saw a doctor.  I saw a physicians assistant in one of the  side rooms.  He poked on my feet, checked my eyes, and noticed a bit of a twitch in my hands.  He handed me a piece of paper that said it was neuropathy.  I asked him what I should do about it?  He said, 'I know its tough, but just try to cut down on your drinking.'  No shit.  Thanks.  That thought hadn't crossed my mind.  So, I just kept going.

With all the drinking I had been doing, those symptoms seemed deserved.
It wasn't until about a week before I fell out, that I started to notice overwhelming shaking,    anxiety, a serious lack of short term memory, and loss of concentration.  Mind you, this is all hindsight.  At the time, alcohol had its hooks in me so deep I assumed that I was just having withdrawal symptoms, and I needed to drink more to take the edge off.  How I got to that conclusion is beyond me.  I was drinking constantly.  What withdrawal?  I never thought that death was breathing down my neck.

However, that coffee grain-like vomit was a serious concern.  It wasn't a bad meal or a 24 hour bug.  It was blood.  That's what I was puking when I was at work.  I had been bleeding internally for hours, and I didn't even realize it.  That is to say, not until I started to see red.