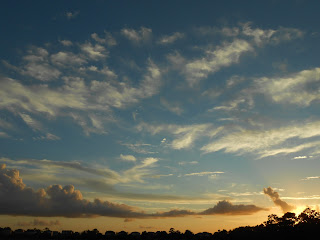 Even before I woke, I had people who I had never met praying for me.  Ed had already assembled a sizable crowd of caring people I had not met.  Yet, they came to Charleston to pray for me while I was comatose.  They were there to do God's work, bring a message of love and healing.

Its these types of selfless gestures I want for the happiness of my family.  As they were praying, I was nowhere to be found, suspended in a bizarre state of confusion, and completely unresponsive.
I was so far gone that the doctors and nurses would actually spread my eyes open, and yell at me to wake up.

I had been lying there for two days, and when my mother walked in, I opened my eyes.  This apparently had a great affect for many of the nurses, and friends who had been there with me.  Positive energy was flowing through the room
.
People always like to use the term "rock bottom".  Rock bottom is defined as the very lowest level.  That definition only makes this phrase more generic.  While I was drinking a lot, and things "kept happening to me", I wondered if I had hit that rock bottom, yet.  However, this did not "happen to me".  I did this, with a blatant disregard for consequences, I brought this on.

Even with the fear of leaving my family behind I continued my patterns of self destruction, I should have done something about it in January when I knew something was up.  Yet, those doctors were going to tell me to stop drinking, and I wasn't in a hurry to join that kind of project.

Alcohol is a monster, but I wanted to keep him.
Why didn't I die?  I was spent and used up, for sure.
I survived because I am here for a reason.  That's a phrase that gets heavy use.  I've been brushing off that statement for a long time, but now I have a new perspective.
God is all that is.

My old argument against religion also focused too much on a white bearded man in the sky, vengeful with a superior authority.  We are the ones who perceive God in our own image.  We are the ones who are violent, judgmental, with a male oriented anger.  Each and everyone has their own perception of God, and all of these perspectives are undeniably valid.  We create our realities through our own perceptions.

Maybe Jim Morrison from The Doors, was onto something, Albeit a psychedelic vision of the world, it was his perception. How we perceive God, is God to us, and it is as valid as anyone's.  We create our realities with our own perceptions, and this is the reality that we experience.

When I speak of us not being "top of the food chain", its more than that.  What are we, if not a part of something larger?  Cells are the building blocks of tissues, and those tissues come together to become organs.  Organs are just one small part of life in general.  Then there is our spot in the universe.

We are one planet with one moon, racing around a single star with seven other planets and 177 more moons, along with five dwarf planets.  There is order in that.  Our solar system is a mere speck in our own forever spiraling galaxy, multiplied by the countless amounts of galaxy's colliding with each other.  Something as small and seemingly irrelevant process that allows two hydrogen atoms to fuse into one helium atom.  This enormously important action is what fuels the sun.  We wouldn't be here without the sun, yet we can't see those atoms.

So, are we only to believe things that we see?
God is All that is; all that is in the clouds, the trees, the oceans, and even our nuclear warheads and computers.  If everything exists, then God exists.  Hence, God is in the mirror, as well.
I am just a gadget in the great machine of life not using the tools I was given.  Even though I was given countless amounts of chances to straighten up and fly right, I kept on being me.  Just me, self-centered, with no special effect to the greater good.

It took this monumental slap in the face, to knock me down, and pull me back up.  I've been given all the right devices for goodness, and happiness, but I seem to be hell-bent on fanning the flames of destruction in the wake of a trail of tears.

Its me.  I'm doing it.  Only I can fix it; creating happiness and cheer, instead of worry and sorrow.  Therefore, in a long-winded tale of my awakening, I do matter, I am matter, matter is God, and God is all that is.