This Story Is Six Months After The Call To 911 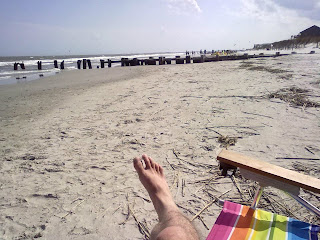 Hi everyone.  I just wanted to step back into the present for a bit.  One hundred eighty-two and a half is a significant milestone.  A red letter day, if you will.  It has been six months (give or take a couple of hours) since the lights went out for a few days.  This is constituted of several smaller milestones.

1.  I haven't had a drink and six months.  True.
2.  I probably won't be able to take care of myself.  False.
3.I won't be able to communicate like I'm used to.  False.
4.  I am in end of life stage at 6 months.  False.
5.  I'm closer to my family and friends, than I've ever been.  True.
6.  I am honored to have all of your support.  True.
I'll add that I started this blog on a whim 7 days ago, and a lot of you have gotten behind it.  I find it all very encouraging.
In this time, I've already had the opportunity to reconnect with some of you through The Internet, and even talking to you on the phone.  I know.  People still talk on those.  Its been ten years since I've connected  with some of you, and it feels like yesterday.  The days may drag by, but the years fly by.

I suspect there is extra truth in this for parents.  Its actually kind of mind blowing if you really stop and think about it.  With advances in social media, and gathering and sharing data on The Internet, the possibilities seem to be endless.


Back to point, during this first week I have been asked a lot of questions privately.  Just remember, that virtually no questions are off-limits.
Here are some of the things I've been asked.

Q:  How do you get to the point where you wake up and need a drink? Do you remember when and why you did so? I like to drink and have since I was in high school but can't imagine waking up and getting "right".

A:    I just got wrapped up in it.  I was having a great time (bozze, beach, and women) and lots of it, but it always involved alcohol.  It wasn't until the very end that I got real bad like that. I think it started to progress more when I didn't have to go to work until 8 or 10 pm, and I had all day to do whatever I wanted.
I used to get shaky hands after a real bender, but I think once my liver was seriously damaged, I was drinking more to try to get right.

My tolerance was quite unreal to say the least. It wasn't uncommon for me to have about 10 to 15 drinks in a day. That includes beer, wine, cocktails or shots. It just sneaked up on me. A couple of drinks and a shot or two at lunch. Shots and a drink as soon as I got to work, and even when I was at the door checking Id's people constantly would buy shots, and bring them to me. Once the doors closed and everyone was gone, it was time for the staff to do shots again. It just added up on me, and I just got to where I felt horrible if I didn't drink. Feverish, nausea, loss of appetite, you name it.

Q:  It sounds like you've had an amazing spiral into a sad and lonely place.  While I am concerned for your physical health, I worry more for your mental health. Did you doubt your worth? Did no one tell you how important you are?  How did no one notice?  Were you really that sneaky?     I was in Charleston 2 weeks before your liver kicked your ass. I ate at SNOB, had drinks at the Gin Joint, danced and played all around AC's and never went in.  But so what?  Would I have noticed? Would I just laugh it off?  Stupid but, it makes me angry with you. It pops the bubble.  You live in my mind as the guy I could talk to, who almost always made me laugh, who may not know what the fuck he's doing with his life but, knows who he is. Even when he sucks, he's still Donnie. So, now I wonder what happened in the last 8 years. How did you get THERE?  I'm sure I'm not the only person who has asked that.  I don't get it and, I doubt you do either but I hope you will work to find out.

A:   I think, maybe so far, I've given the wrong impression.  The only time I beat myself up was when I was alone.  However, weather it was on purpose or not, that didn't happen often.  I was not totally depressed.  As a matter of fact, I was living the life I thought I always wanted to.   Plenty of free time, very good close friends, and many that weren't as close.

Six years ago, I was engaged, but I called it off because I wanted to be impulsive and do whatever I wanted.  I used to say with pride, 'Yea, I haven't had a girlfriend in 5 years', but when I was alone, I had no company and started to wonder why.  I haven't been seeking out a relationship, and generally start to freak out when I'm in one after awhile, and this is a college town.  They're all here for awhile, and then they are gone.  If I ever mentioned that to any of the boys in this town, they would tell me I have it made.  However, I always responded with, "Be careful what you wish for."

I lived 4 miles from the beach and not much further from my hometown.  There is something about Charleston that I can't shake, and I am blessed to live there  .My job was fun(but difficult), and I really enjoyed it. For better or worse, I'm widely known throughout Charleston, and it really showed when I fell ill.  I was completely caught off guard by how many people came to see me, and how often.

I never doubted my worth.  I've always been able to accomplish anything I put my mind to, and had a 3.75 in college.  Ironically, I had my biggest troubles with shit that hadn't even happened yet, always wondering where I was going to end up.  I do not regret leading a bachelor's life, although it can be lonely sometimes.  I was never starved for attention by any means.  I'm still known as the funny, kind, and caring smart ass that I've always been.  I am often told of people speaking highly of me.  Of course, I've heard some not so flattering things, but that doesn't count.

Aside from my family and close friends, no one took special notice of my drinking  because I was always surrounded by people who were drinking. Unless, you saw me on a day to day basis or were one of my close friends or family, you would not have noticed.  I never got out of control.  I did my job well, and never got into any trouble because of my drinking.

It was towards the end when I started to notice the dependency that I was beginning to face.  I didn't give any reason for people to be excessively concerned for me.  I was just a guy who liked to have a good time.  I'm still that guy.  If you had told me that I was going to fall out like that, I never would have believed it.
I am doing surprising well mentally and physically,  I could have easily just given up and just lied on the couch feeling sorry for myself, but I didn't.

A lot of people just say fuck it and keep drinking.  They have the "I'm going to die soon anyway" attitude.  I don't.  This experience has given me a second chance, and now that I've gone through the toughest part of quitting, I never want to do that again.

Deciding to write this blog has been exceedingly well received, and that makes me feel great.  I'm still not able to work, but I am not on my death bed like they thought I would be.  To look at me you would never guess that I was using a wheelchair in December.

I still don't know where my life is going to lead me, but I only see positive and bright things on the horizon.  These past six months were a speed bump, and a wake up call.
Alcohol is a depressant, and any unwarranted guilt probably extended from that.  Poor judgement and alcohol go hand in hand.
I apologize for being so long winded, but thanks again for reading.  All you guys are making me smile a lot.